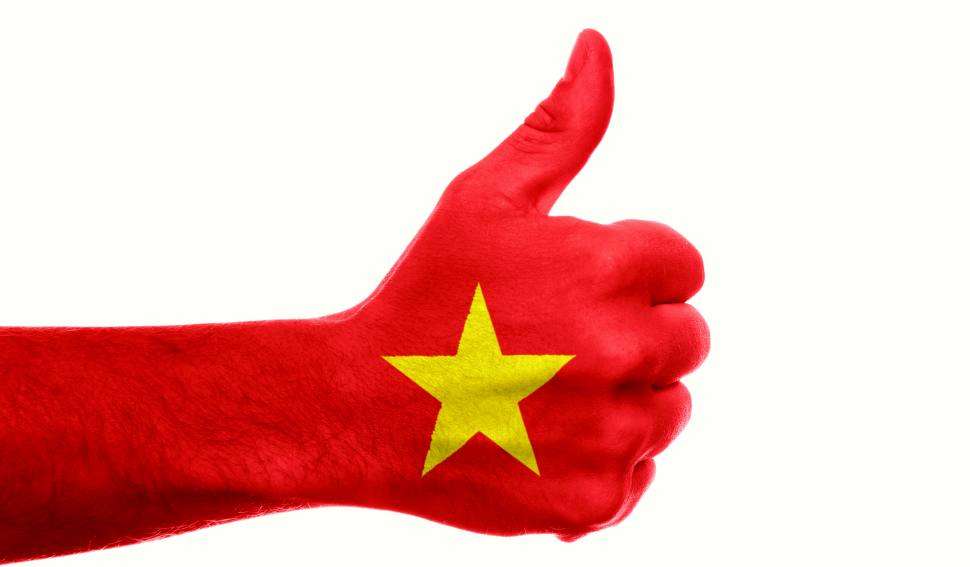 In this interview, we talk about Asia-Pacific trends with Nicolas Michaux, the Managing Director of the Hong Kong office of Fidinam. As a fiscal adviser to entrepreneurs and corporate executives, Nicolas explores several developments. First, he discusses the increasing interest for Vietnam as a business destination contrasting with China in many ways. Second, he elaborates on the various international initiatives which have recently been put into place as a means to curb fiscal evasion and explains their impact when it comes to doing business in the region. Keep reading for more.

Interview of Nicolas Michaux: Vietnam is becoming interesting for business.

Nicolas Michaux, please tell us a little more about your field of expertise.

NM: I am the Managing Director of the Fidinam Hong Kong Office. To put things simply, Fidinam provides businesses with fiscal advisory services, which implies designing sound fiscal management strategies and implementing them. Our interlocutors are mainly corporate executives and business owners who need to know how to structure their activities on a cross-border basis. To give you a number, we estimate that around fifteen percent of our clients have a purely local (Hong Kong-based) activity, and that gives us robust insights when it comes to getting the big picture on regional matters.

Talking about regional matters, what trends do you see at the moment?

NM: We have seen a variety of trends lately, very much in line with the ones documented on the Circle. The ongoing negotiations of a variety of free-trade agreements mean that there is a cloud of cross-border regulations on the way, from a trade a fiscal perspective. The regulatory landscape is also changing at the OECD level, and there are also significant developments worth talking about at the regional and multi-jurisdictional level.

For instance, we increasingly receive inquiries about Vietnam. For some time the primary concern has been to do business in China, however considering past and recent evolutions the attention is increasingly being diverted to other Asian countries, especially Vietnam.

Nicolas Michaux: Vietnam is becoming very interesting from a business perspective. The economy is developing rapidly and the regulator is working on positioning the country as an increasingly business-friendly place.

For instance, Vietnam has worked on a free-trade agreement with the European Union and has an extensive network of free-trade agreements with many other regions over the world, which means that its attractiveness is growing for foreign economic actors seeking stronger terms and conditions if I can say so.

China vs Vietnam, then?

NM: There is no confrontation here, but a trend has become noticeable. For starters, the competitiveness of Chinese manufacturers has decreased significantly over the past years so Vietnam has increasingly become a worthy alternative. The ongoing China-US relationship has also had an impact because businesses prefer business predictability over political instability. As a matter of fact, even Chinese businesses have started to move to Vietnam as a means to benefit from the trend, and that tells a lot.

NM: Externalization and regional mobility are the correct terms to describe what is happening. From what we can see, Chinese businesses now invest in building operational bases in surrounding countries. Vietnam is one of those countries, alongside Laos, Bangladesh, Cambodia or Myanmar. At the end of the day, the China-based businesses usually assemble the bits and pieces, but a growing part of the production takes place abroad.

Interestingly, most Western businesses have not really realized this yet. They keep working through their usual China-based channels – which operate from abroad. Having said that, some foreigners have started to react and invest outside of China directly, which also has the effect of pushing the Chinese to invest more abroad to get their clients back, one way or another.

You mentioned the impact of the China-US trade war, can you tell us more?

NM: China-US relations have an impact on business in the Asian region, in ways that we wouldn’t expect. Let me take the example of a trolley manufacturer, for instance. With the ongoing trade tensions, trolleys now come up with a twenty-five percent tax on their US prices, which means that unless manufacturers increase their prices accordingly the margin is gone. In such a case, however, alternatives can be found in the region. The EU-Vietnam free-trade agreement will help developing business for this reason, but it needs to be ratified before it can be implemented.

More precisely, what can a foreign investor expect when doing in business in Vietnam?

Nicolas Michaux: Estimates suggest that producing in Vietnam costs two times less than producing in China at the moment. Considering that China used to be the manufacture of the world, you can imagine the potential.
The other expectation relates to a question of mindset, really. China used to be a matter of doing business first, but over the past years social pressure has increased and workers now demand more rights and protection, so the Chinese business environment is changing.
By contrast, countries like Vietnam are still into the “doing business first” mindset I mentioned before. There, people commonly cumulate different jobs and live with a very entrepreneurial logic, which means that the country offers major opportunities.

Do you have any insights as to the future of Vietnam’s economic situation?

NM: It is too early to say, of course, but my experience of the Asian market suggest that the Vietnam trend might operate very much like the Chinese one.

Investors will see an opportunity and cash will flow in. The real-estate market will boom, costs will increase and the workforce will eventually ask for more rights and protection. When that happens, business competitiveness will start to decrease, and investors will seek new opportunities, most likely in Laos and other surrounding countries.

In the meantime, Vietnam and its ninety-five million people will have a chance to develop. In fact, major multinational companies have already made their move. Samsung’s biggest factory is based in Ho Chi Minh, Piaggio is based in the country, and Foxconn’s productive forces in Vietnam will most likely exceed the capabilities based in China.

Is the fiscality different as well?

Nicolas Michaux: Fiscal regimes are obviously different, yes, but an important thing to note is that fairly recently Mainland China and Hong Kong have implemented a programme for the exchange of banking information. That means more fiscality and that gives entrepreneurs and executives another reason to structure their businesses differently.

Talking about information exchanges, you mentioned the OECD earlier…

NM: The OECD has also launched a program on the Automatic Exchange Of Information (AEOI), applicable to the countries which implement the so-called Common Reporting Standards (CRS). The system was put into place in 2014 to curb tax evasion across a hundred countries, but the reporting phases have started recently. The first phase occurred in 2017, but jurisdictions such as China and Hong Kong, Indonesia, Japan, Malaysia or Singapore were deemed to implement the system over 2018 so regional businesses will increasingly be impacted.

Also worth noting, the OECD and the G20 are also implementing the Base Erosion and Profit Shifting (BEPS) program, which also aims at reducing tax evasion. The goal here is to create a framework under which profits are taxed where the economic activity and the value creation takes place, which means that the opportunities for optimizing taxation are reducing. Considering that Hong Kong is commonly used as a platform for such purposes, chances are that the regional economy will be impacted one way or another.

We see an evolution on the profile of the new generations of clients with a cross-border exposure, who are more interested in the economic attractiveness of a region than in its fiscal advantages. People are coming to Hong Kong, Singapore or Vietnam mainly because they target a potential market in the region, rather than having a low tax jurisdiction as an operational base.

Can you see other fiscal trends worth mentioning?

NM: Actually, yes. Some developments are also taking place in relation to tax residency and citizenship planning. Dubai and many other jurisdictions such as Malta have implemented an attractive system

To what extent is the OECD able to impact the region, compared for instance with the ASEAN or the APEC?

Nicolas Michaux: The OECD is an international organization based in Paris but its members are spread all over the world. Countries such as Canada, Japan, Korea or New Zealand are members so OECD efforts can directly impact the Asia-Pacific region, but as already mentioned China, Hong Kong and several neighbors are willingly implementing some OECD initiatives as well.

As a matter of fact, the OECD blacklisted Hong Kong at some point because the regulator did not play by OECD rules on information exchange matters the way the OECD wanted to. In doing so, the OECD sent the message that Hong Kong lacked transparency and banks started to make more complicated global transfers to Hong Kong. That forced the regulator to react.

NM: Yes, and the trend is very interesting. Mobility used to be about legal structures and fiscal set up, but the concept is changing. Mobility now focuses on local impact and local differences, it takes into account staff considerations as well as operational issues. This has an impact in terms of entrepreneurship and business development on a regional scale, which reaches much further than mere fiscal optimization.

Would you have any insights regarding Japan and perhaps South Korea?

NM: Japan is a good illustration of how the West and the East work together at the moment. On the one hand, the US goes hard on multilateralism and China. On the other, Europe discusses with Japan and recently signed the JEEPA trade agreement, thus sending the message that cooperation is the best option.

Korea provides interesting opportunities too, but recent economic policies and regulations are complex to apprehend while the Chaebol system on which companies operate turns doing business into a savvy task. Especially when you don’t have access to the right networks and experts…

Nicolas, we usually finish our interviews with a success and failure hint, what would be yours?

NM: As fiscal experts, we often talk to clients who do not invest time on fiscal issues. In Hong Kong, for instance, people think that liberal rules means no rules, which is definitely wrong. People tend to trust their providers and the result is often problematic because tax problems always happen, sooner or later, if you are not advised in a proper way by a professional who understands your local needs, but also knows perfectly the cross-border environment in which you evolve 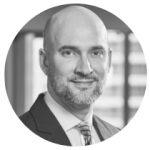 Nicolas Michaux is the Managing Director of the Hong Kong office of Fidinam, an integrated and multidisciplinary consultancy with offices in Europe and Asia, specialized in tax advisory services. 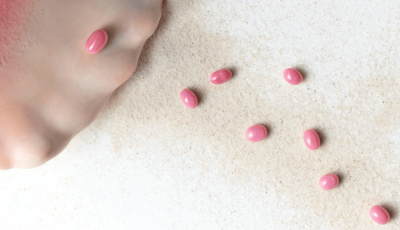 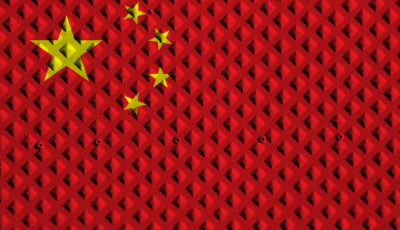 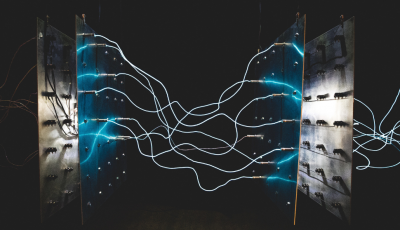