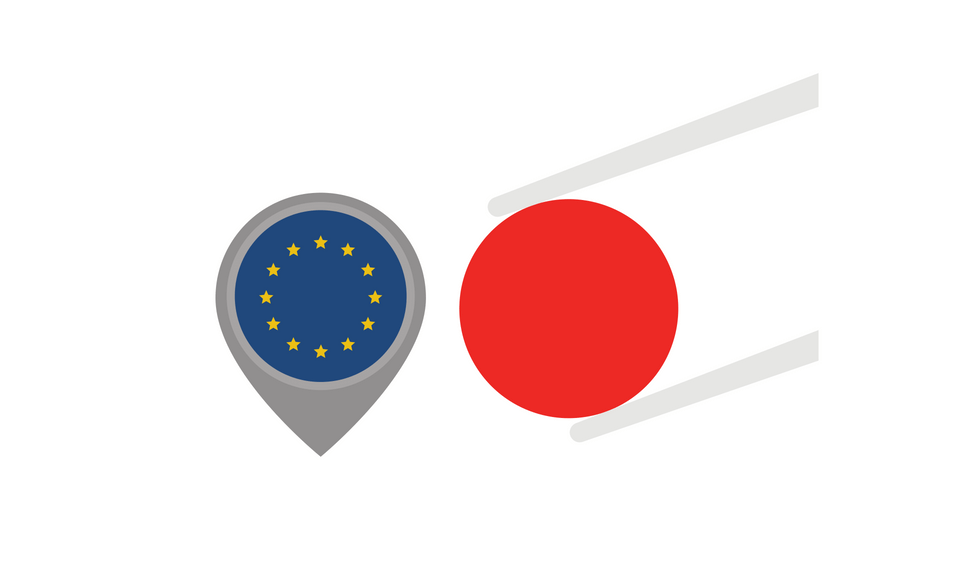 On the business side of things, Japan and the European Union are historical trading partners. Hence, the Economic Partnership Agreement represents a significant opportunity for both countries to keep progressing… together.

On the trade diplomacy perspective, the JEEPA also sends an important leadership signal. Global free trade dynamics have been altered and sided away since late 2016 and the arrival to power of President Trump. The withdrawal of the United States from the TPP agreement, indeed, had slowed the trade dynamics globally. With the JEEPA, however, Japan and the European Union send the message that, with or without Washington, trade cooperation will remain both a growth driver and a viable economic model.

The trade negotiations on the EU-Japan Economic Partnership Agreement (JEEPA) started in 2013 and ended on December 8th, 2017. After a few months of legal scrubbing, the EU and Japan reached on July 6th an ‘agreement in principle‘ on the Economic Partnership Agreement which was eventually signed on July 17th by Japan Prime Minister Shinzo Abe, by EU Commission President Jean-Claude Juncker, and European Council President Donald Tusk.

The Agreement is expected to come into effect in 2019. That is, as soon as the text of the agreement is translated into the 23 languages officially used in the European Union, and into Japanese.

Note: This page provides a general overview of what the JEEPA agreement is about, but more comprehensive insights are provided at the bottom of the page. Please have a look.

What are the stakes of the EU – Japan Economic Partnership Agreement?

The stakes are high from an economic perspective. The EU Commission has provided a series of numbers and statistics to promote the Economic Partnership Agreement.

First, the EU – Japan relationship cover 600 million people. This represents approximately a quarter of world GDP, and more than a fifth of world trade.

Second, the EU and Japan are very close trading partners. The European Union is Japan’s 3rd largest trading partner (after China and the US), and Japan is the EU’s 6th largest client. In more precise terms, EU businesses export over €58bn in goods and €31bn in services to Japan (2016). Taking a Japanese perspective, trade in services represented €18bn in 2016.

Exports to Japan mainly consist in machinery and transport equipment (37% of EU exports to Japan, representing 65% of Japan’s imports from the EU), not to forget manufactured products (22% of EU exports) and primary products such as agriculture and raw materials (14%). On the services side of things, the Commission notes that the EU’s trade in services surplus of €13bn is produced by financial services, computer/information services, travel and air transportation services (Source: EU).

Third, there is a potential for Japan and its European counterparts to do much more than that. According to the Commission, in fact, the value of Eu exports to Japan could increase by €20 billion:

“the successful conclusion of an ambitious free trade agreement between EU and Japan could deliver a potential 32.7% increase in EU exports to Japan [whilst] Japanese exports to the EU could rise by as much as 23.5%” (Sources: see here and here).

The main elements of the EU – Japan Economic Partnership Agreement.

Again, the European Commission has communicated significantly on the expected gains of the free trade agreement. Simply stated, the main purpose of the deal is to facilitate EU – Japan exchanges. This will be done in several ways.

First, the majority of the currently applicable tariffs will be waived. Second, regulatory constraints which create technical barriers to trade will be leveled. Third, a variety of legal standards applied in the majority of free trade agreements will be applied to cross-border trade and investments, so as to reduce the risks of discrimination. In the Commission’s words:

“The Economic Partnership Agreement will remove the vast majority of the €1 billion of duties paid annually by EU companies exporting to Japan, as well as a number of long-standing regulatory barriers. It will also open up the Japanese market of 127 million consumers to key EU agricultural exports and will increase EU export opportunities in a range of other sectors.

For a comprehensive analysis of the JEEPA, please read our insight: What the Japan EU Free Trade Agreement Actually Says. Nonetheless, the big lines come as follows.

On the one hand, the JEEPA would significantly increase EU exports in the dairy (Cheddar and Gouda cheeses), food (beef and pork) and wine sectors – currently taxed between fifteen and thirty percent. For European producers, indeed, the Japan market gives a better access to no less than 127 million consumers.

Sales in the pharmaceutical and medical sectors would also increase, together with the demand for EU-made machinery and electrical equipment. Access to public procurement contracts would also be facilitated, with the Commission highlighting a better access to public contracts for European bidders “in 48 large cities” as well as “in the economically important railway sector at national level”.

On the other hand, Japan is also planning on increasing its exports. An agreement was reached to facilitate Shōchū exports (a Japanese alcoholic beverage) while Japanese electronics, machinery, cars and car pieces manufacturers would gain a greater access to the Single Market. This is thanks to tariff cuts in the range of ten percent over the next years. As a result, the Japanese automobile industry would have an opportunity to become more competitive and to steal non-negligible market shares from U.S. manufacturers.

On both ends, non-tariff barriers to trade will also be leveled.

In simple terms, ‘non-tariff barriers’ designate technical or regulatory standards and requirements. These pose significant problems because they restrict cross-border trade by making it overly complex. In the absence of rationalization, these standards tend to increase compliance costs. Hence, they make business less profitable. With the entry into force of the JEEPA, however, the technical constraints will be either aligned or eliminated.

The JEEPA negotiations appear to have solved a significant gap in terms of data protection.

Data protection has been a problematic topic for Japan and the European Union. In a Joint Declaration by Shinzo Abe and Jean-Claude Juncker dated July 6th, 2017, in fact, the issue of data was identified as a possible difficulty which has long remained unsolved.

While data is a major aspect of trade nowadays, both Japan and the European Union indeed have significant regulations into place. The Japanese Act on the Protection of Personal Information (APPI) applies in Japan since 2017. The EU General Data Protection Regulation (GDPR) applies in the EU since May 2018. Hence, the partners needed to find a way to make data management a common reality.

In early July 2018, while announcing that an agreement on principles had been found, Jean-Claude Juncker reiterated that through the JEEPA Japan and the European Union would “make a strong commitment to uphold the fundamental right of data protection”.

Following the signature of the Agreement, however, a press release by the European Commission indicated that a solution was found. Instead of trying to solve differences, Japan and the European Union will now recognize each other’s framework as equivalent. Again, the wording of the Commission speaks for itself:

JEEPA does not tackle every problem.

The JEEPA will not fully change the Japan – Europe trade relation overnight, however. In the Commission’s term, indeed, some “technical details still need to be ironed out”.

From a European perspective, the Commission indicates that the JEEPA will “protect[] sensitive economic sectors of the EU, for instance in the automotive sector, with transition periods before markets are opened”.

From the perspective of Japan, alternatively, the issue of rice imports has long been a sensible topic. During the recent Trans-Pacific Partnership (TPP) negotiations, in fact, rice was already a topic of concern for the Japanese. For more on rice protectionism, see for instance these articles by the Financial Times and by The Japan Times.

Beyond the progressive realization of some liberalization commitments, the Japan – Europe agreement still has some issues to solve. In particular, the issue of cross-border investment protection remains to be clarified as the parties have not reached any agreement on the matter. In the Commission’s words, again:

“In some chapters technical details still need to be ironed out, and there are also chapters that remain outside the scope of the agreement in principle. For instance, on investment protection. The EU has put its reformed Investment Court System on the table and will reach out to all our partners, including Japan, to work towards the setting up of a Multilateral Investment Court. Other areas that require further work include regulatory cooperation and the general and institutional chapters”.

The trade leadership side of the JEEPA.

The JEEPA trade agreement finally has a significant political dimension.

We have regularly followed trade developments on the Asia-Pacific Circle over the past years and two trends have emerged.

First, the arrival to power of President Trump has pushed Washington’s historical leadership on trade matters backward. The withdrawal from the Trans-Pacific Partnership (TPP) has not excluded the United States from a major trading club. It has also deprived The Office of the United States Trade Representative (USTR) from its long-lasting ability to set the rules of international trade.

Second, the withdrawal of the United States from the trade scene has given an opportunity to stand out to other countries. China has obviously benefited from these developments while – especially considering the negative impact of Brexit – the European Union was also out. With the signature of the Japan – European Union Economic Partnership Agreement, however, Europe might be stepping back into the game, whilst Japan could become a contender against China in terms of Asia-Pacific trade leadership. To be followed.

The bottom line here is that the Japan – European Union free trade agreement represents an important opportunity from a business and trade leadership perspective,

On the business side of things, Japan and the European Union are historical trading partners. Hence, the Economic Partnership Agreement represents a significant opportunity for both countries to keep progressing… together.

On the trade diplomacy perspective, the JEEPA also sends an important leadership signal. Global free trade dynamics have been altered and sided away since late 2016 and the arrival to power of President Trump. The withdrawal of the United States from the TPP agreement, indeed, had slowed the trade dynamics globally. With the JEEPA, however, Japan and the European Union send the message that, with or without Washington, trade cooperation will remain both a growth driver and a viable economic model.

For more food for thought on the JEEPA agreement, make sure to read the following insights: 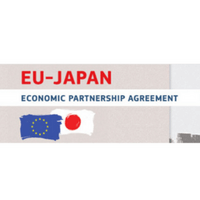 In this insight, we try to go beyond the general comments usually formulated by economic commentators. After reading the 561 pages of the agreement, we have listed the key elements of the JEEPA’s twenty-three chapters and drafted the summary below. For each chapter, we have listed the main ideas and commitments, together with the reference articles. [Read the Insight for more] 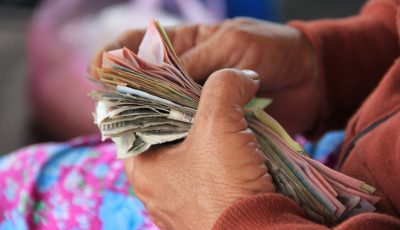 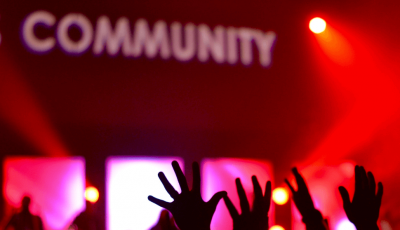 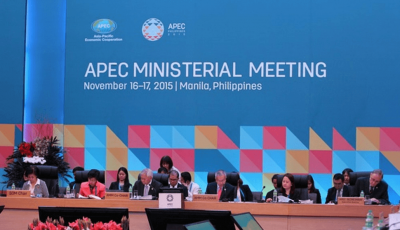