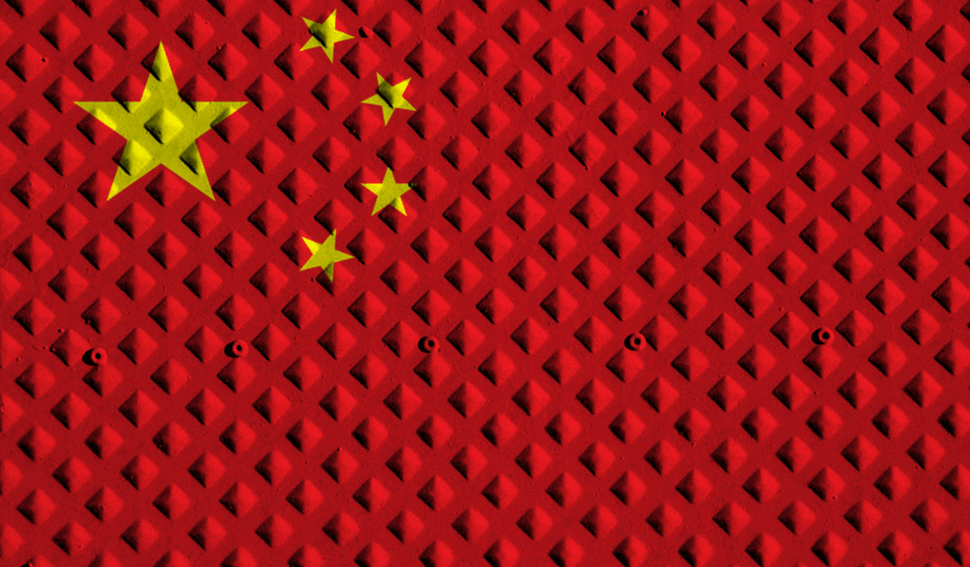 In this Asia-Pacific Insight, Antoine Martin analyzes China-US relations in light of the recent TPP developments. By deciding to withdraw from the Trans-Pacific Agreement as part of his ‘America Great Again’ policy, Antoine Martin argues that Donald Trump will make China great again. Indeed, while the TPP agreement would have created an exclusive trade zone between the United States and eleven countries in the Asia-Pacific Region, recent foreign policy will give China a new stand on the international scene.

Mr Trump has just made it clear that he would bring the Trans-Pacific Partnership (TPP) down immediately after stepping into the White House. Politically, however, the idea of ‘Making America Great Again’ by building trade walls might shift from sweet to sour. Trump’s trade policy and strategy will have an unexpected outcome: it will make China great again politically.

Whether the United States likes it or not, the TPP agreement represented an important opportunity. For the U.S., the agreement was a way to shine on the policy and law-making scene, globally.

Hence, although the President-Elect is not yet in the White House, China is already benefiting from U.S. current politics and from forthcoming policies. Since Mr. Trump’s announcement that the agreement would be stopped, U.S. trade partners have started to look for trade alternatives. Particularly within the Asian part of the Asia-Pacific region. And the move will overall have the effect of picturing President Xi Jinping as an unexpected free trade figure for the future.

TPP was the US’s chance to shine

The TPP agreement has been largely criticised on various fronts. Policy and rule-making wise, however, it was a chance for the U.S. to shine on the international trade scene.

Trade in a near future will not be organized at the World Trade Organization. In fact, the various developments which have taken place over the past decade have led most experts to the conclusion that the WTO is nowadays unable to cope with trade policy.

The WTO has historically aimed at creating one framework for all, however governments around the world do not share similar priorities. To the opposite, governments nowadays prefer negotiating deals as they deem fit, on specific issues (investment, financial services, competition, etc.) with selected partners sharing their vision of international politics, of international policy and o global rule-making.

TPP was far from perfect. It has been questioned by the people and had some flaws politically-speaking too. Nonetheless, the TPP agreement (which for the records was about creating a trade framework between twelve countries) was a unique chance for Washington to reunite a large number of like-minded trade partners within a unique moving-forward initiative.

TPP was an important political move in terms of having America’s voice heard. Perhaps even more significantly, it was also a major chance for the U.S. to keep imposing the liberal ideologies and legal standards consistently pushed by its diplomacy over the past decades. But Mr Trump’s trade policy is likely to change the scope of things, possibly leaving the US diplomacy behind whilst giving China – its former diplomatic best enemy and bad trade player – a chance to shine even more.

China used to be a thorn in America’s foot

China has long been a rival to the U.S., both in terms of markets and politically.

Yes, Washington and Beijing are trade partners and an investment facilitation treaty is being negotiated between the two. Still, China was not invited to join the TPP negotiation table and, as an answer, is reviving the Free Trade Agreement of the Asia-Pacific (FTAAP), an initiative originally started by the U.S.

China has also been pushing the RCEP agreement with regional partners, and it is now increasingly present with its One Belt One Road (OBOR) project as well as with its Asian Infrastructure Investment Bank (AIIB) which directly aims at competing with the World Bank in terms of global financing.

In reaction, the U.S. has been lobbying a lot recently to deter its partners from joining the Bank, but without much success. Bluntly, China is a regional political contender to the U.S., a little as if a trade game of thrones was taking place in the Asia-Pacific.

China used to be the easy-to-blame bad player too

Interestingly, China’s behavior on global markets used to give America a pedestal.

The country has easily pointed at for flooding world markets with cheap products of all sorts. It is often criticized for not playing by the rules with highly subsidized state-owned enterprises (SOEs). Or for disrupting heavy industries in the EU and the U.S. by allowing steel overproduction by Chinese industries.

Hence, blaming China has long been a way to dominate international relations in the past. And it also gave Mr. Trump an easy way to appear politically sharp.

However, the decision to build walls around America to protect it from global markets means that the rules of engagement will be changing.

President Obama had room for criticising China in the past because his administration was deliberately going the liberal way, in contrast with Beijing. From now on, Mr. Trump’s policy means that the U.S. might become amongst the most protectionist countries in the world.

With TPP out of the way and an anti-Chinese policy on the go, the U.S. will however lose its leverage. It will lose its room for criticising what the others do – what China does. And it will lose its legitimacy and authority to suggest what they should be doing.

Mr. Trump’s trade policy will now give China a unique opportunity to be everywhere.

A year ago the prevailing idea was that TPP would steal the show, even though it would eventually be outweighed when (if) the FTAAP agreement would materialize. With TPP out of the way, the TTIP agreement with Europe on a standby and the US committed to bringing protectionism back on track, attention will naturally focus on China, which will have all the room in the world – or should I say in the region – to develop its own trade agendas.

In fact, China is currently negotiating trade deals with the European Union, a ChA-FTA agreement with Australia, and a politically significant trilateral deal with Korea and Japan.

The One Belt One Road project is already monopolizing a lot of attention too, Beijing’s Asian Infrastructure Investment Bank is increasingly attracting interest from the US’ main partners, while the FTAAP was in fact increasingly re-endorsed by the APEC Leaders during the Lima meeting last week. Of course, the RCEP negotiations are lagging behind and mocked as a stapling of other texts, yet a successfully stapled text might probably have more impact than a never-born TPP.

The APEC leaders have noted very clearly that the Chinese-led FTAAP would represent an opportunity to rationalize free trade agreements by reducing their quantity and overlap risks.

On top of this, Xi Jinping is now saying out-loud that “cooperation is the only right path” and has sent the message that ‘China [would] not shut the door to the outside world’ (South China Morning Post 21/11/2016). In doing so, he is slowly but surely picturing himself (and China) as the (unexpected) guardian of free trade. As surprising as it seems.

If following Mr. Trump’s policies as planned, the United States will thus be effectively transferring part of its hard-gained global and regional trade leadership to President Xi Jinping.

Simply put, when the President-Elect announces that TPP is off, he sends the message that trade will have to take place without him. Hence, America’s trade partners have already announced that they would continue liberalizing markets with or without TPP.

As far as the APEC Organization’s 2016 meeting is concerned, protectionism is simply to be banned. Whilst Presidents Obama and Xi Jinping have insisted on the need for “smooth transition” in bilateral relations, Mr. Trump is actually stepping away from a historically strong position within the Asia-Pacific cooperation organization and somehow acts towards leaving the US behind. Making China greater diplomatically, in sum…

In fact, America’s trade partners are already reacting, with various leaders making it clear that trade negotiations would continue. The Vice-Minister of Trade for Chile has admitted looking at other regional development options while the Prime Minister of New Zealand insisted that ‘even if the United States doesn’t want to engage in free trade, President Trump needs to know other countries do’ (SCMP 21/11).

The idea that Mr. Trump will make China great again is attracting more and more attention. As a headline in a Wall Street Journal edition earlier this year (WSJ 21/04/2016), David Feith thought about the potential consequences of Trump’s Asian policies. But clearly, the tagline is more than ever relevant.

So, will President-Elect Trump help to make China great again? Politically, yes. Beyond putting the US in a surprising leadership crisis, Mr. Trump’s announced trade strategy is giving President Xi Jinping an opportunity to shine that he probably never dreamed about, and will negatively impact the United States’ legitimacy towards commenting other countries’ trade policies in the future. Particularly China’s.

By the same token, trade in the medium term might be reoriented to the Asian side of the Asia-Pacific region.

Making America great again was perhaps a sweet strategy to the masses, but Mr. Trump’s trade policy might leave America behind diplomatically – both regionally and globally – and make China Great Again politically. A sour outcome that America’s first strategist probably did not see coming. 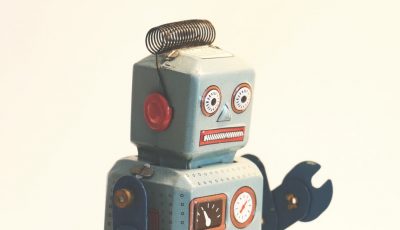 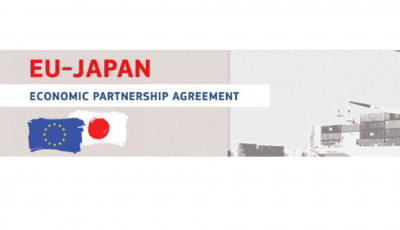 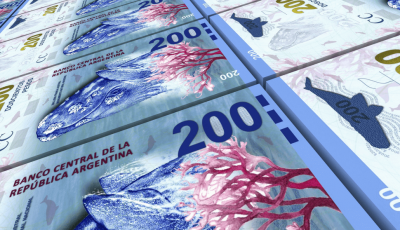