In addition, she is currently a member of the Advisory Board of Pictet Premium Brands Fund and a director of the China board of Infront Sports & Media, as well as a director of the board of Allure Systems – a start-up providing fashion companies with a solution for virtualized apparel enabling virtual try-on.

Sandrine Zerbib was previously the Chairman of the Board of Lacoste China and CEO and Executive Director of China Dongxiang (Group) Co., Ltd, a Chinese company listed on the Hong Kong stock exchange and specialized in the production, marketing and distribution of sports fashion brands in China and Japan, notably Kappa and Phenix.

Until mid-2007, she was the President of Adidas Greater China. She was appointed in the mid-1990s to create and develop the China business of Adidas. She started and successfully developed the Adidas business in China, from its naissance stage to its present market leading position.

Under Sandrine’s leadership, Adidas emerged as a leading performance sports brand in China, set to be the number one brand by 2008. With a network of close to 4,000 Adidas brand stores across approx 500 cities when Sandrine left Adidas, Adidas was already achieving about USD 1 billion in net sales, making China the second largest market for Adidas outside the United States.

Underpinning these achievements was a fully controlled distribution system and a constant effort to build a distinctive and inspirational brand for China’s young, dynamic and energetic consumers.

One of Adidas Greater China’s most outstanding milestones has been securing the partnership rights to the Beijing 2008 Olympic Games. The partnership was a platform for ongoing engagement with Chinese consumers and a true point of differentiation that proved Adidas commitment to the development of sports in China.

While guiding Adidas to success in China, Sandrine managed to make and maintain Adidas Greater China the most profitable subsidiary of the Adidas Group, and in the process built a tightly knit team of about 1000 staff united by their impossible is nothing attitude.

Before her involvement in China, Sandrine was head of acquisition financing at a banking subsidiary of the AGF Group, where one of the most important transactions she led was the sale of Adidas by the Dassler family to its new shareholders. 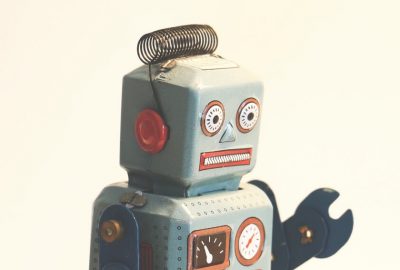 In this insight, Sandrine Zerbib writes about the development of artificial intelligence (AI) in China. From ambitions to actual impact, she comments on the role of tech giants and considers potential evolutions in a variety of fields and industries. Think media and leisure, for instance, or financial services and health. At the end of the day, she writes, the best way to participate in this tremendous growth of artificial intelligence is to learn from the Chinese and use their applications in China and outside China, especially in areas where Chinese companies are already highly successful ...
Twitter
Facebook
WhatsApp
LinkedIn
Email
Loading Comments...